Thanks to Giuseppe Morra’s initiative, a big action was organized at the University of fine Arts Havana on the occasion of the 11th Biennale. An important Cuban curator had seen my museum in Naples and asked Morra to connect us. Many of my Italian friends came with me: first and foremost Morra, my conductor Andrea Cusumano, many of my common Italian actors and my son Leo. My conductor Andrea Cusumano realizes my music in a rousing way. Leo directed. The active and passive Cuban actors carried out my action with ecstatic enthusiasm. Rarely my work has been understood so well and easily by young people. A topic that has always concerned me “Dionysus against the crucified” was the matter of this action. The action in Cuba has been the first part. The second part was realized in 2013 at the Centraltheater in Leipzig. The natural way of dealing with raw meat, blood and intestines has its roots in the cearribiean religious relationship with nature. I deeply appreciated that the cuban University recognized me an honorary doctorate in response of the action 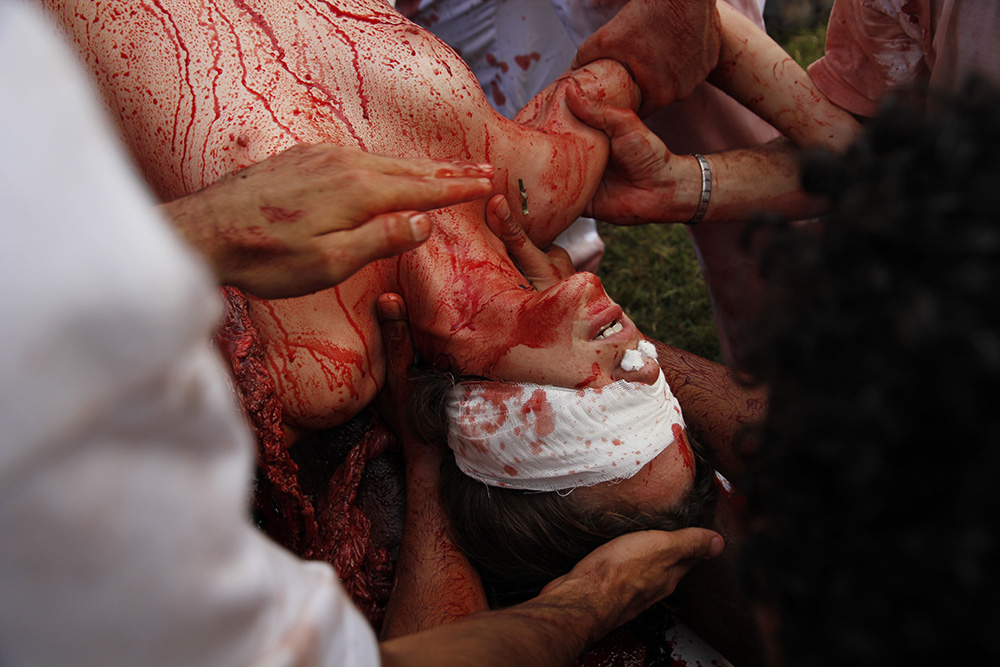 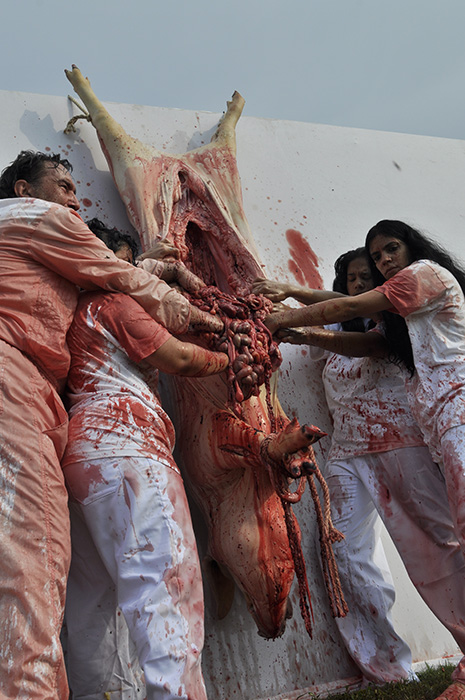 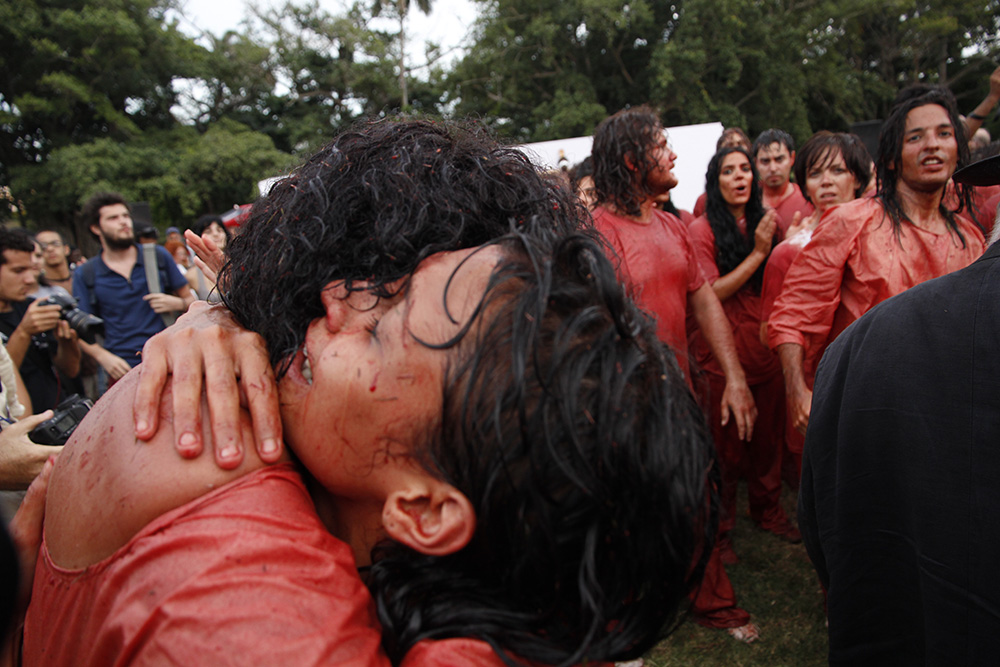 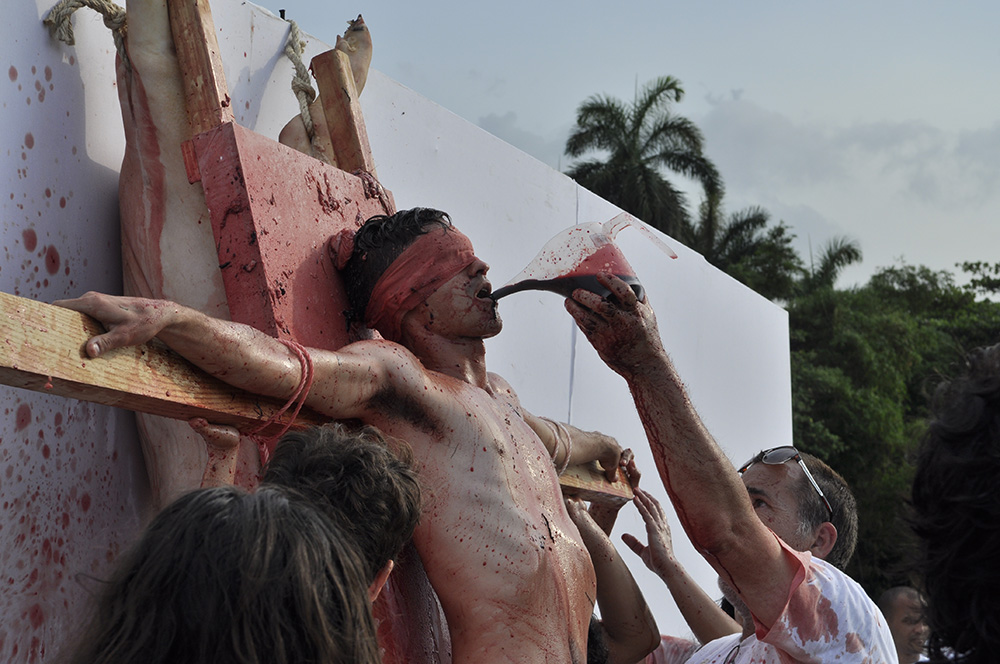 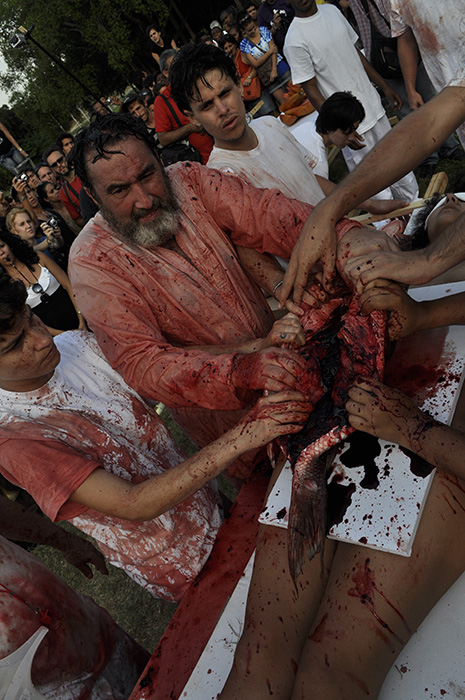 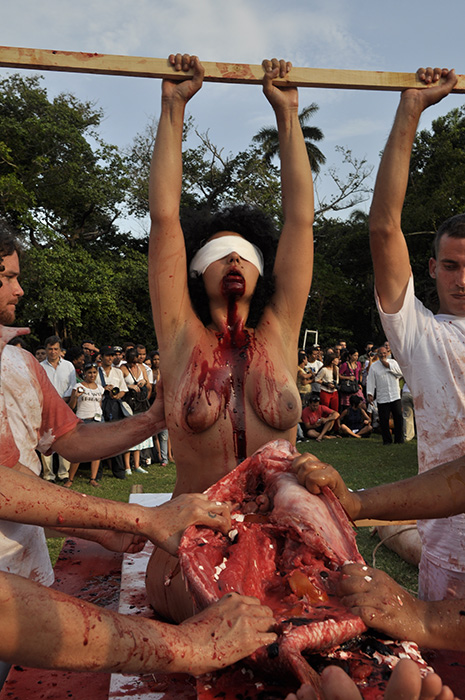 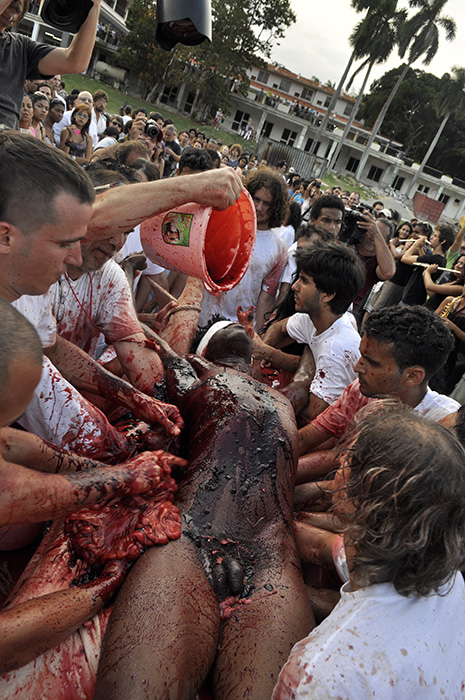 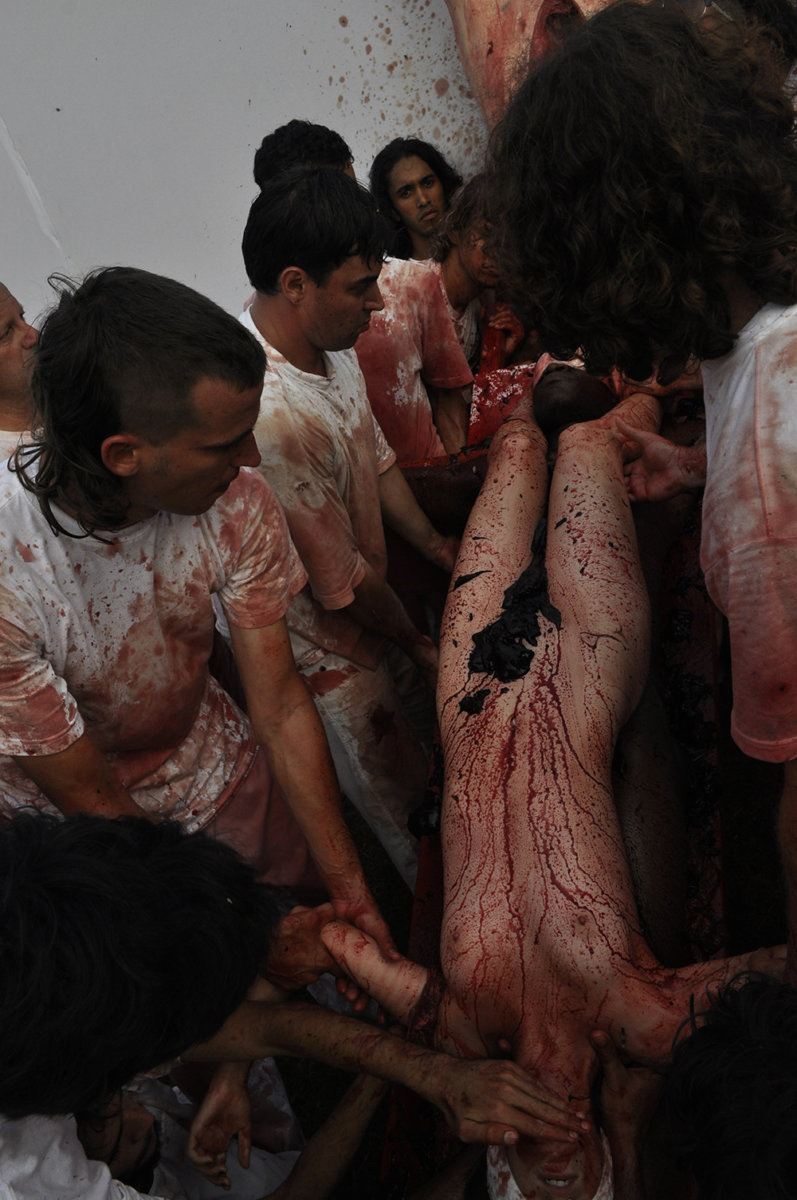 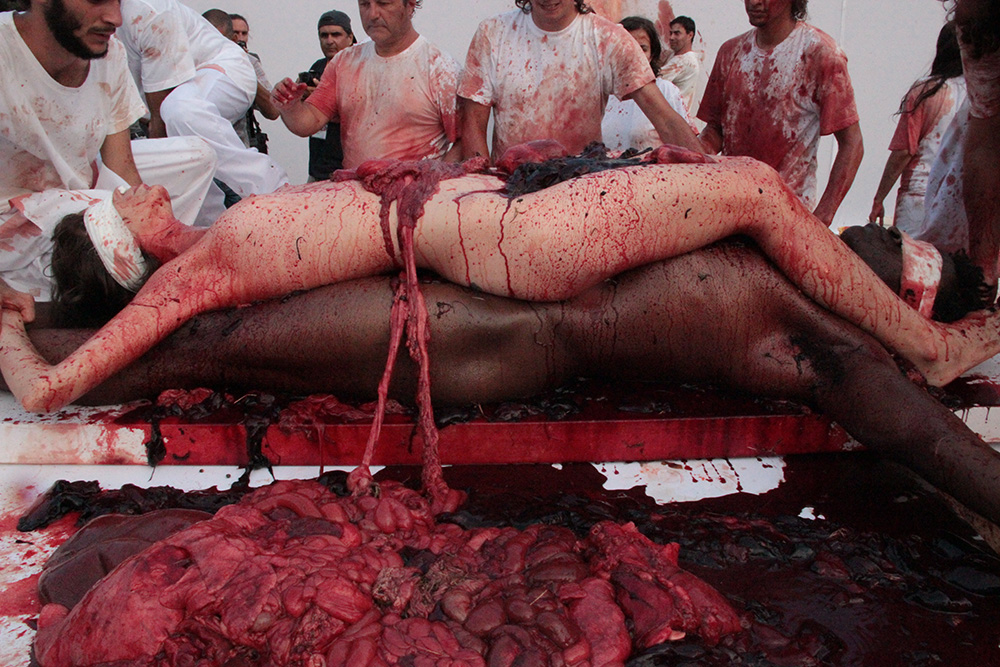 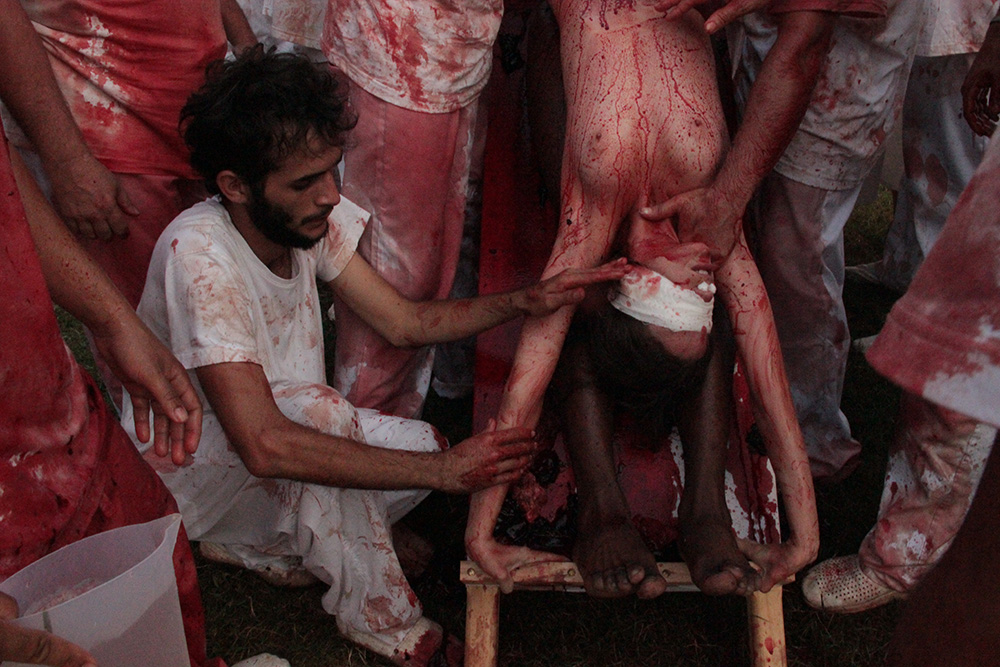