In Casa Morra, his second „exhibiton refuge“ in a former monastery, Giuseppe Morra is presenting works by Shimamoto, material and concepts from the Living Theater and relics from the Theater of Orgies and Mysteries. With my son Leo, my conductor Andrea Cusumano, my assistant Josef and numerous active and passive Italian actors we performed an action involving blood, intestines, and fish laid up on tables in the large courtyard of this complex. Combining of Crucifixion and painting actions. As a former contributor to the Living Theater said: “If Julien Beck had seen this action, he would have felt very pleased and understood.” 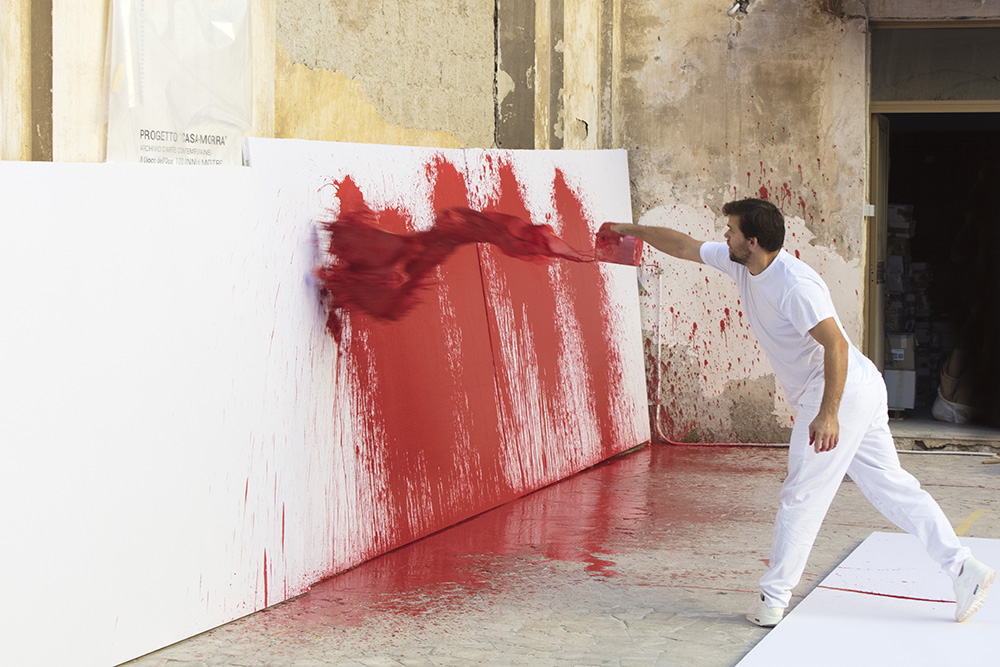 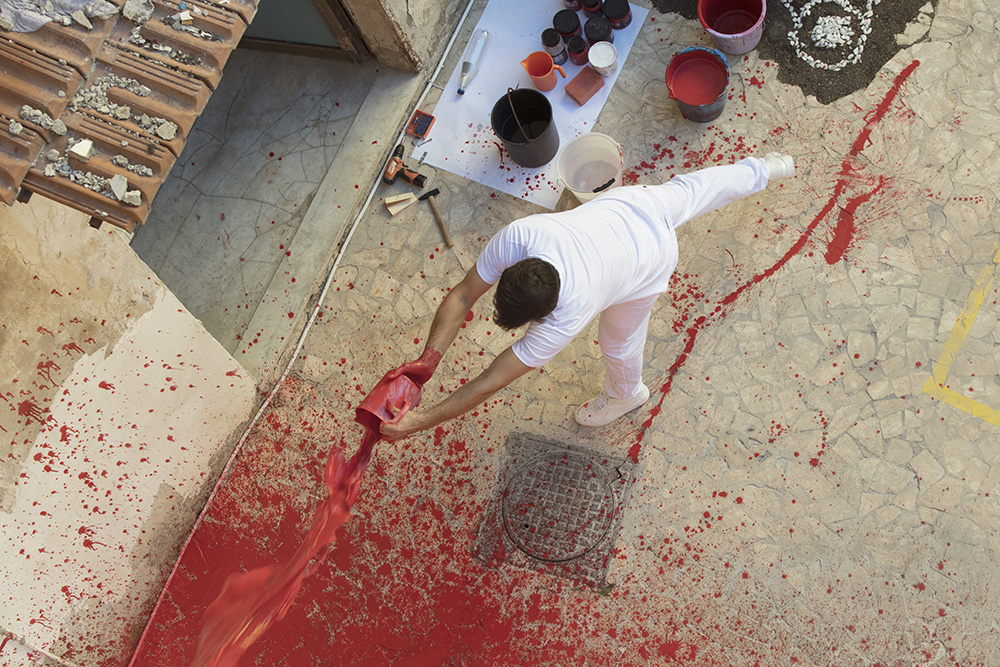 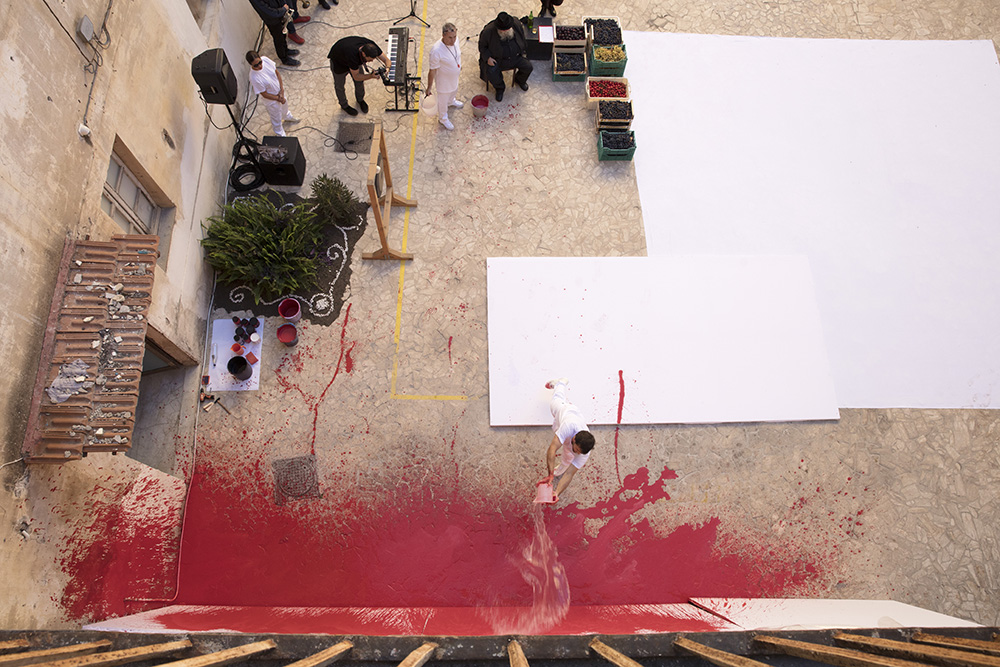 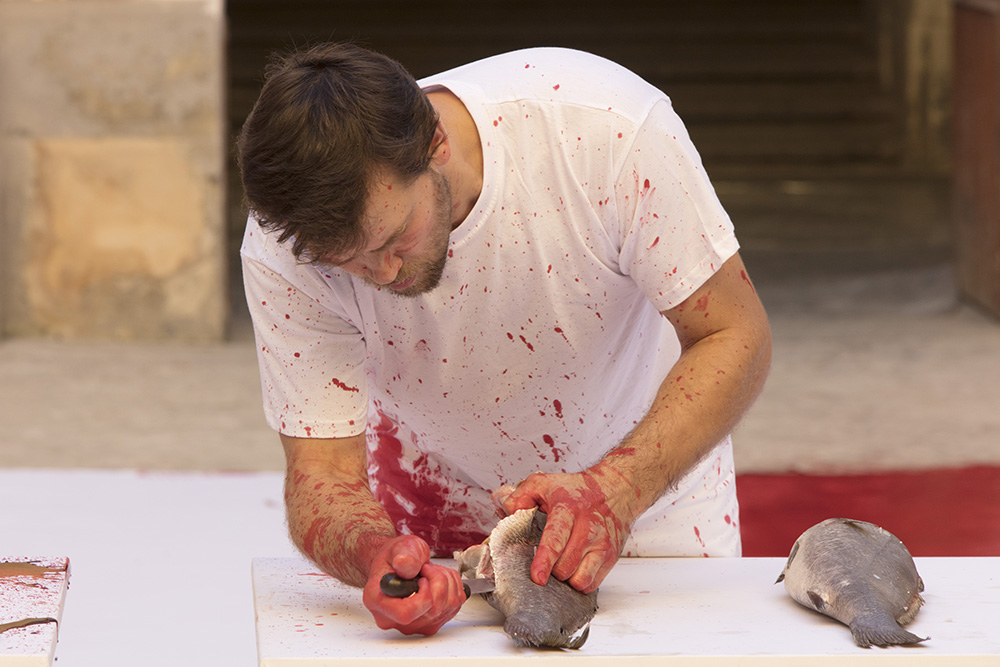 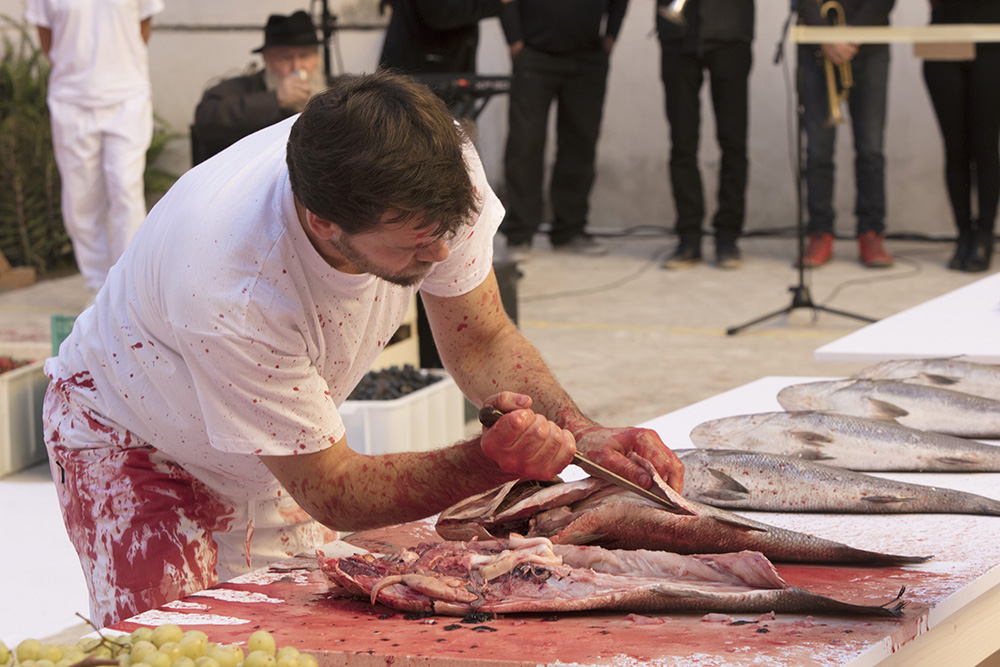 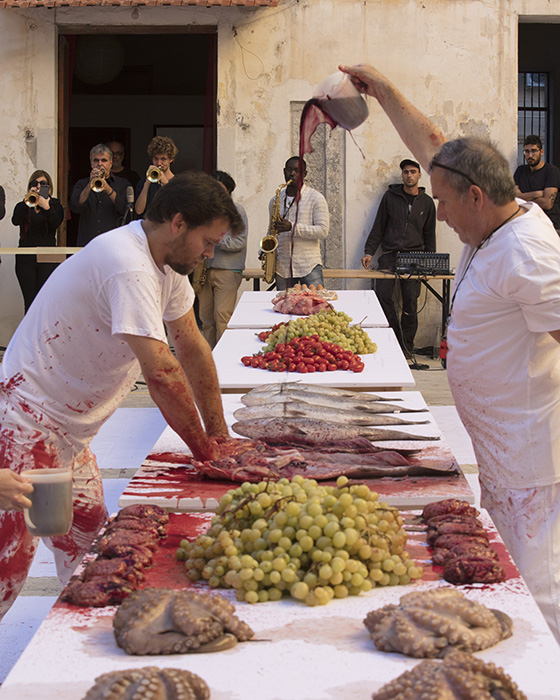 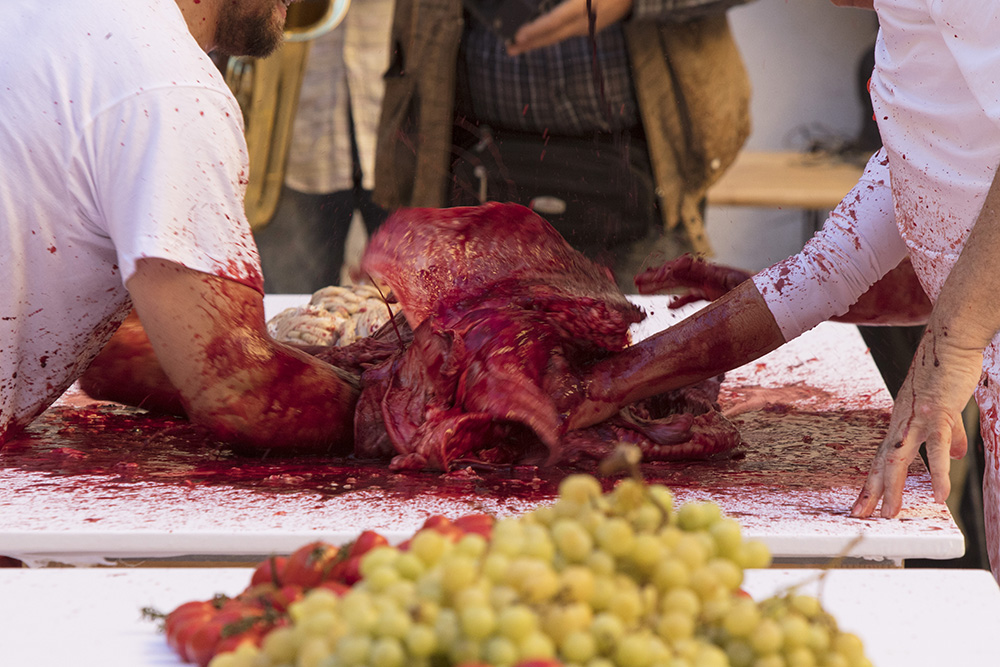 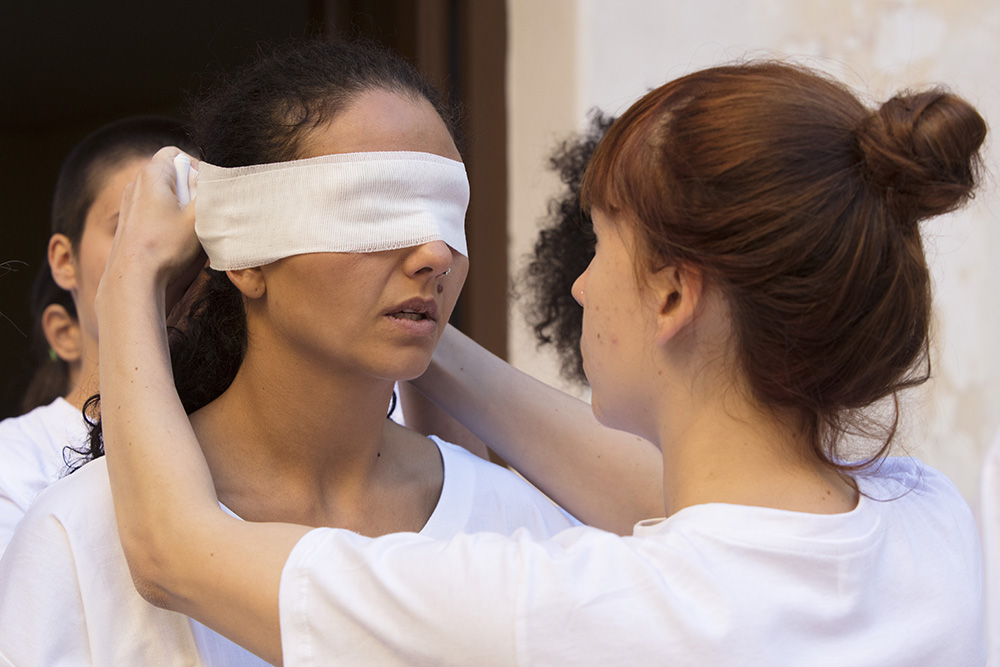 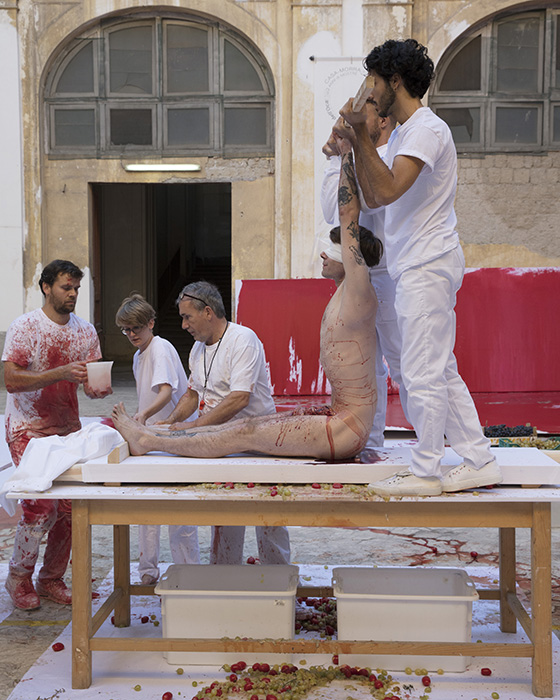 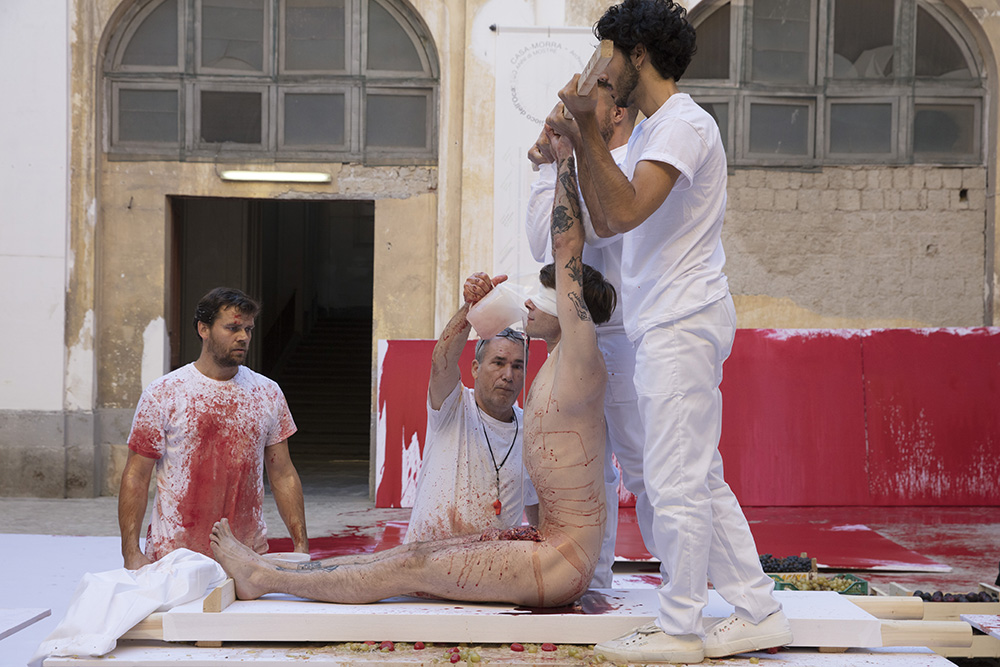 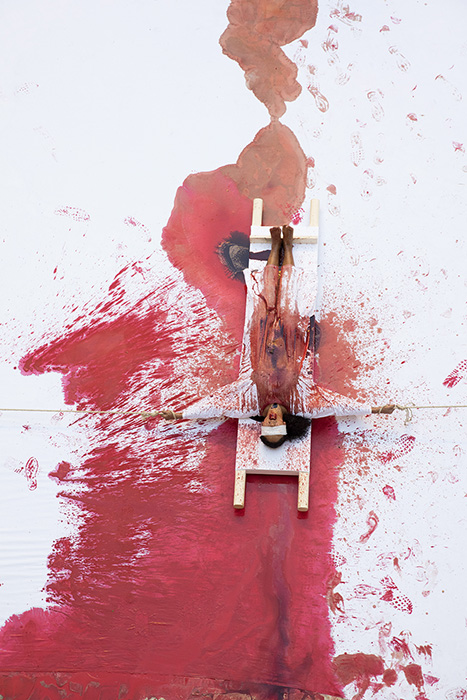 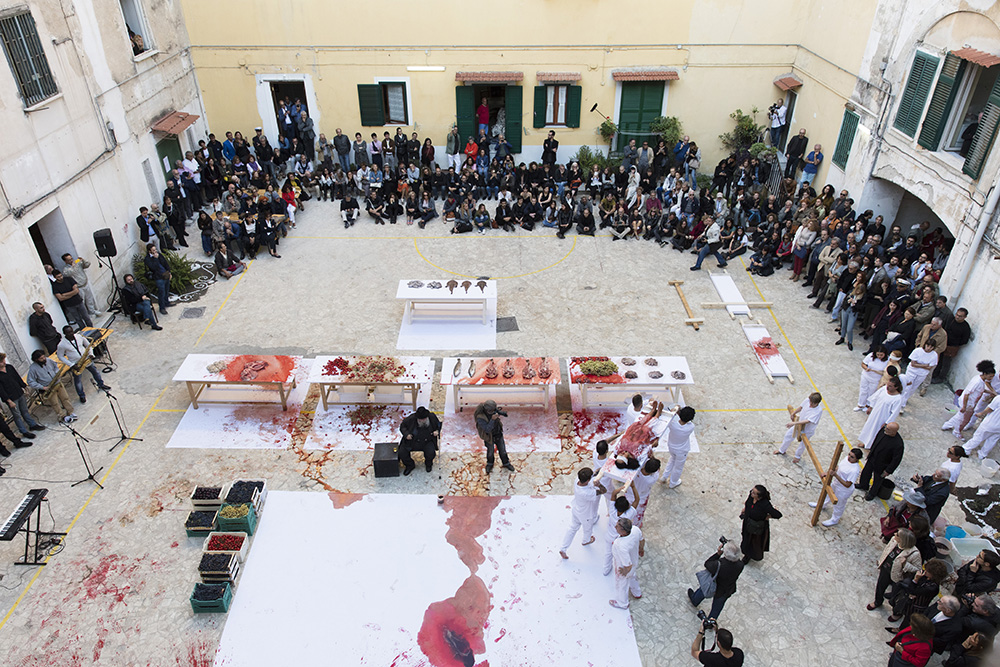