Music plays a fundamental role in the life and work of the artist Hermann Nitsch. His artistic background consists of artists such Titian, Leonardo, Kokoschka or Gerstl, as much as by Bach, Beethoven, Bruckner or Schönberg. The idea that is at the basis of his theatre, that of the creation of a Gesamtkunstwerk (total-work-of-art), finds its roots precisely in two great composers of the past: Richard Wagner and Alexander Skrjabin.

The initial use of music to make action functional is later replaced with (in the same way as his painting) a necessity for autonomous composition, in which music finds its own role, independent of the theatrical sphere. Nitsch’s poetic is made up of strong contrasts, and if painting is considered by him to be the grammar of his theatre, we could say that music is its syntax. The diachronic dimension of the O.M. Theater is divided up by music.

Leafing through the scores it is possible to see how the sound image guides the flow of action. Nitsch writes complete scores for his theatre, starting with the music (from musical blocks or units) to which he then systematically adds the leitmotiv and the single elements which make up the staged action.

The first performances, dating from the 60’s, were primarily motivated by action. Then Nitsch the artist created theatrical forms from nothing spontaneously. The schema at the base of the performances was mostly theoretical and all the action was moved by instinct and creative outpouring.

Later, with the emergence of some formal elements and with the constitution of an autonomous aesthetic, Nitsch began to structure his theatre in ever more complex theatrical scores. If at the beginning of his work the casual dimension was necessary for the discovery of new forms, this later becomes an integral element of the complexity of the theatrical structure. At this point, the events within the O.M. Theater consist of an aesthetic of chance but are strongly structured, and their structure is guided by a musical weave. Not for nothing was the largest theatrical work yet created, the 6-Tage-Spiel (six day action) from 1998, which I had the honour of co-ordinating, described by Nitsch himself as a symphony in several movements.

The Punta Campanella Symphony, written by Nitsch for this event, is a clear example of an expression of the autonomous activity of Nitsch the composer. Here, it is possible to see all the fundamental elements of his poetics. The aesthetic and Dionysian dimensions are clearly announced by the continuous play of construction and destruction of musical forms. The dramatic dimension is rendered extreme by the extended crescendo and by a play of contrasts which go from chiarissimo to scurissimo.

The compositional structure, already graphically legible, leaves space for the alea and to interpretation, but there is no possibility of error. 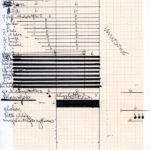 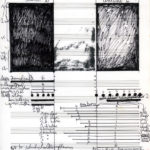 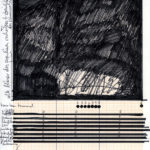 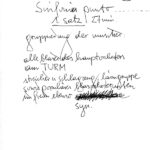 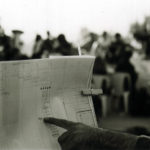 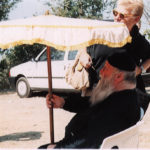 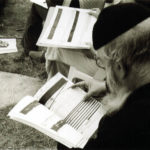 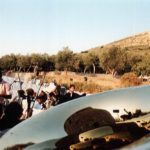 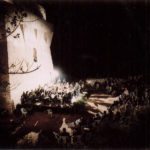 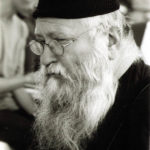 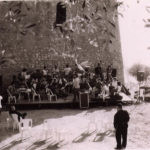 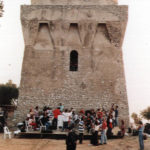 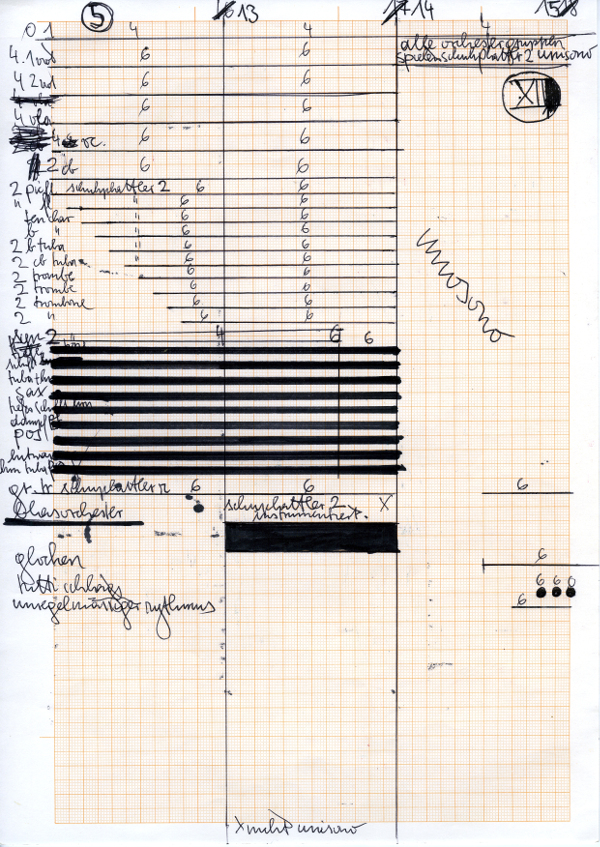 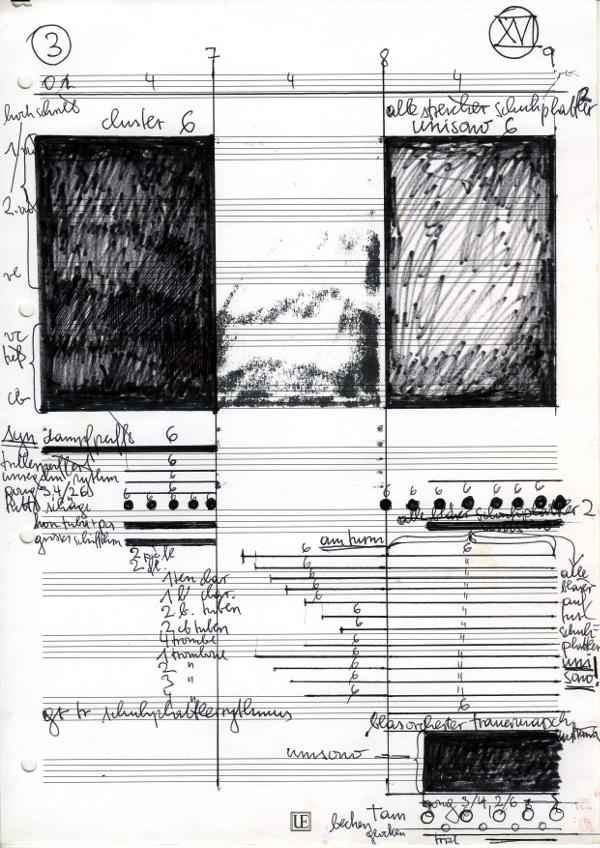 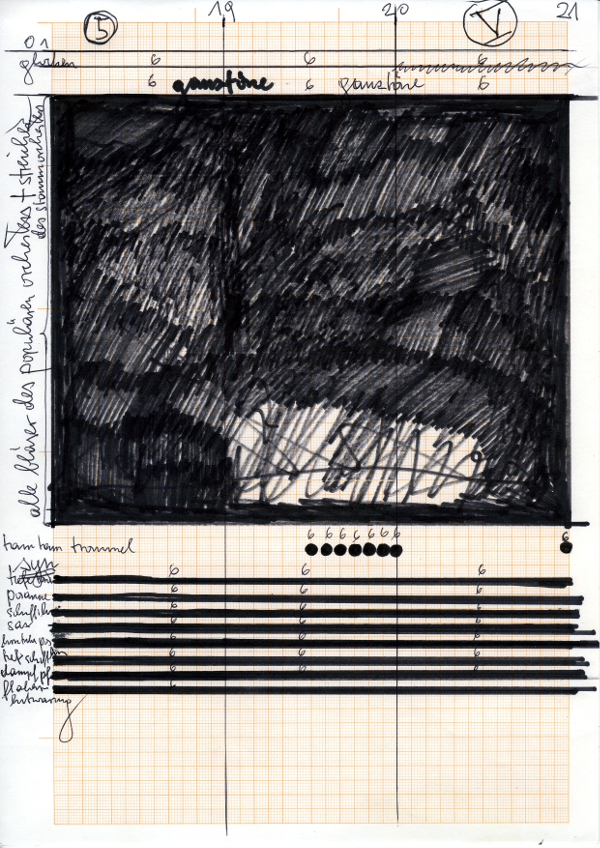 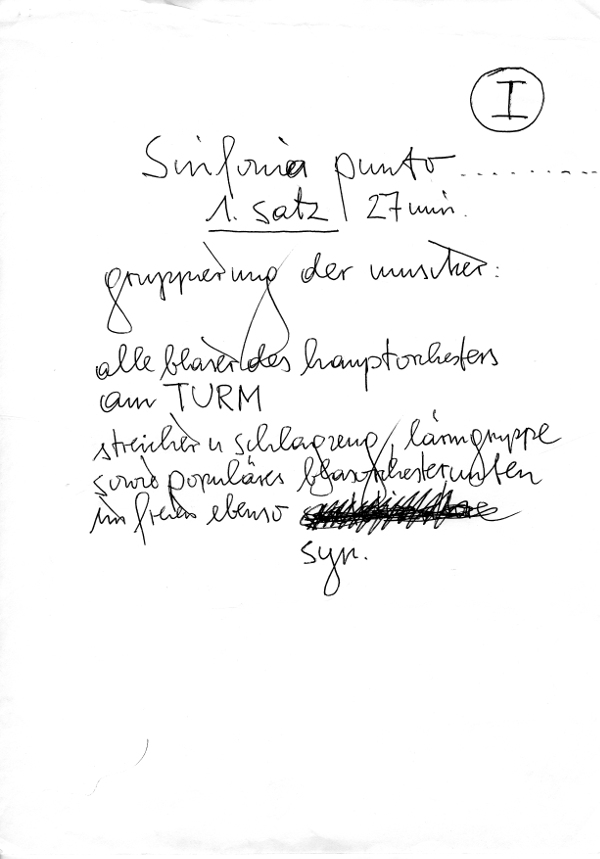 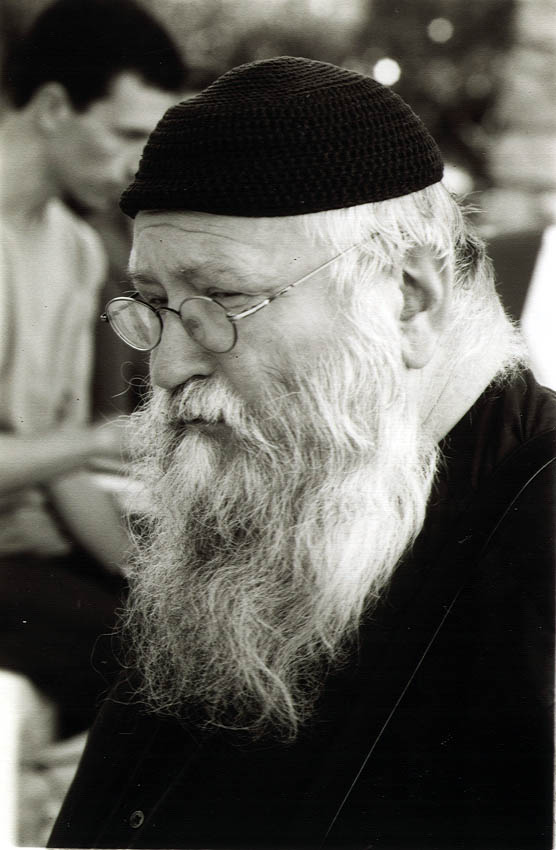 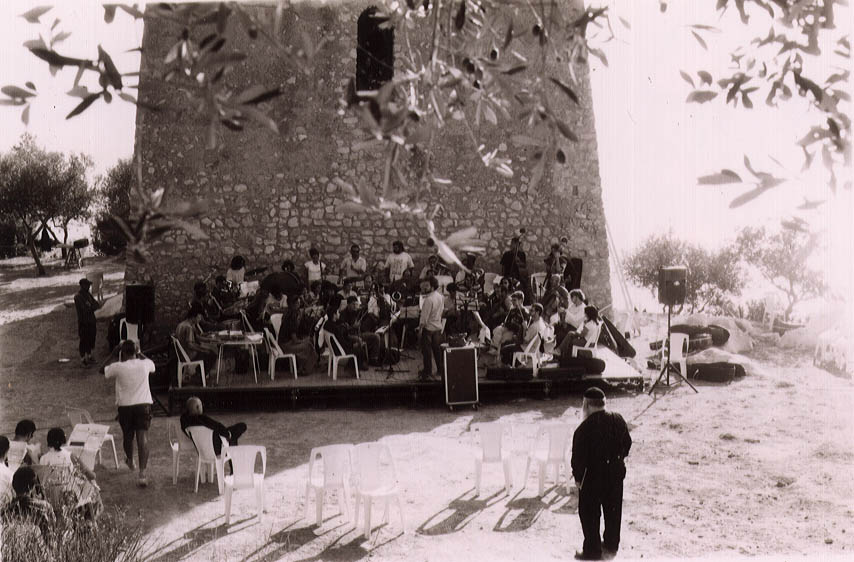 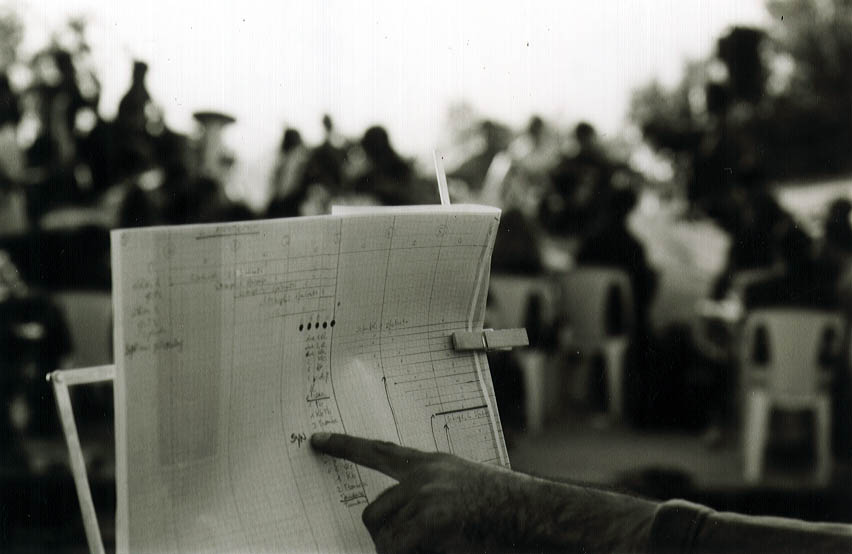 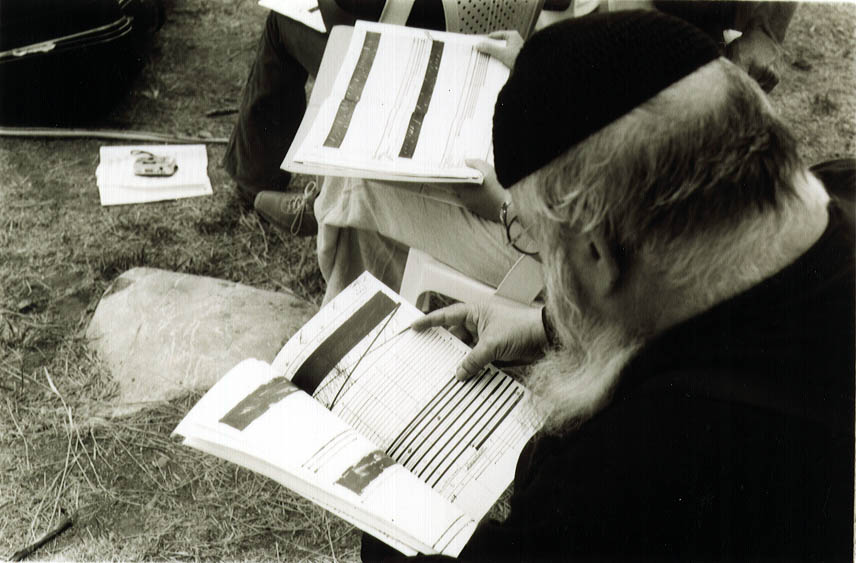 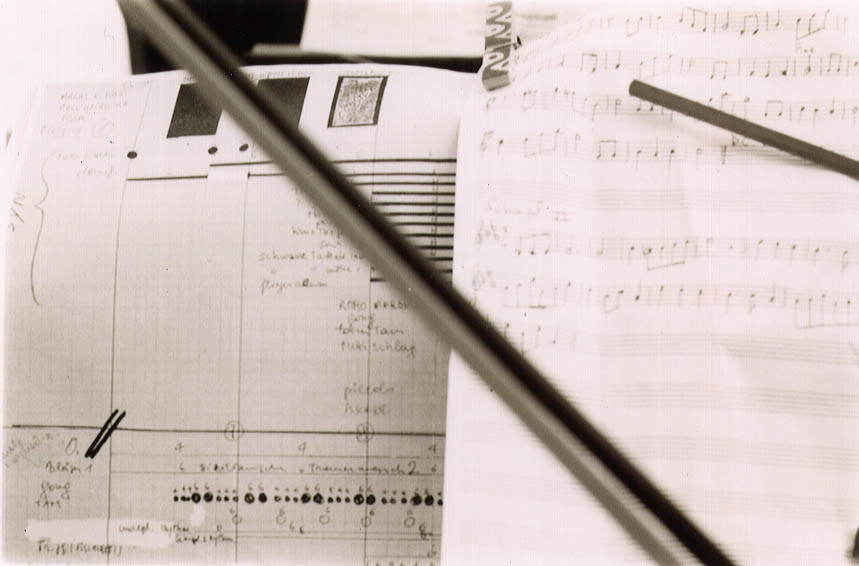 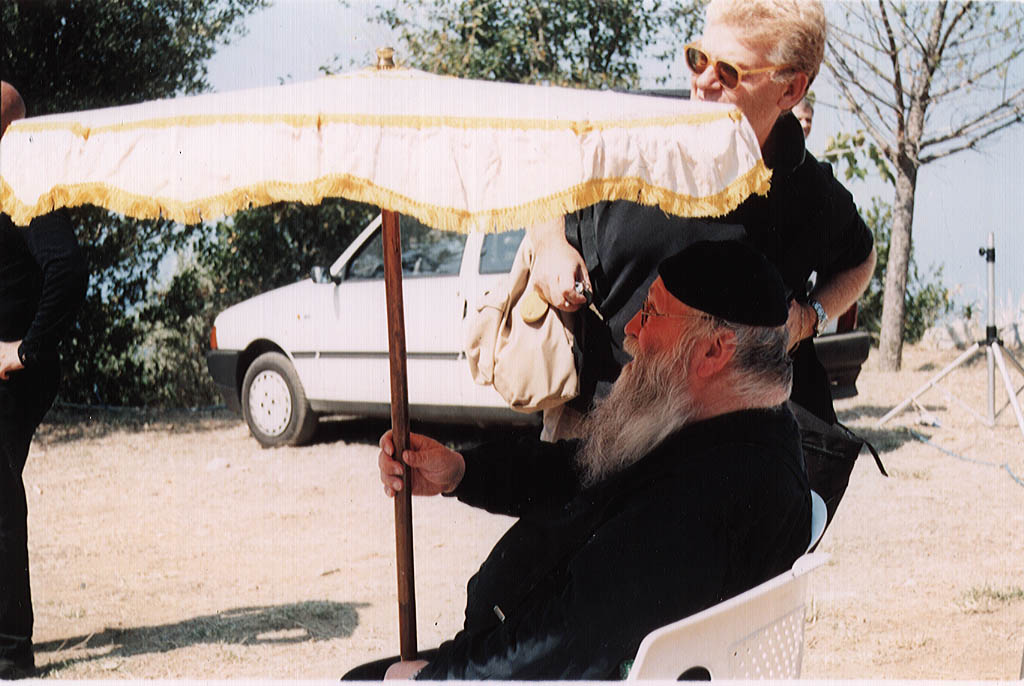 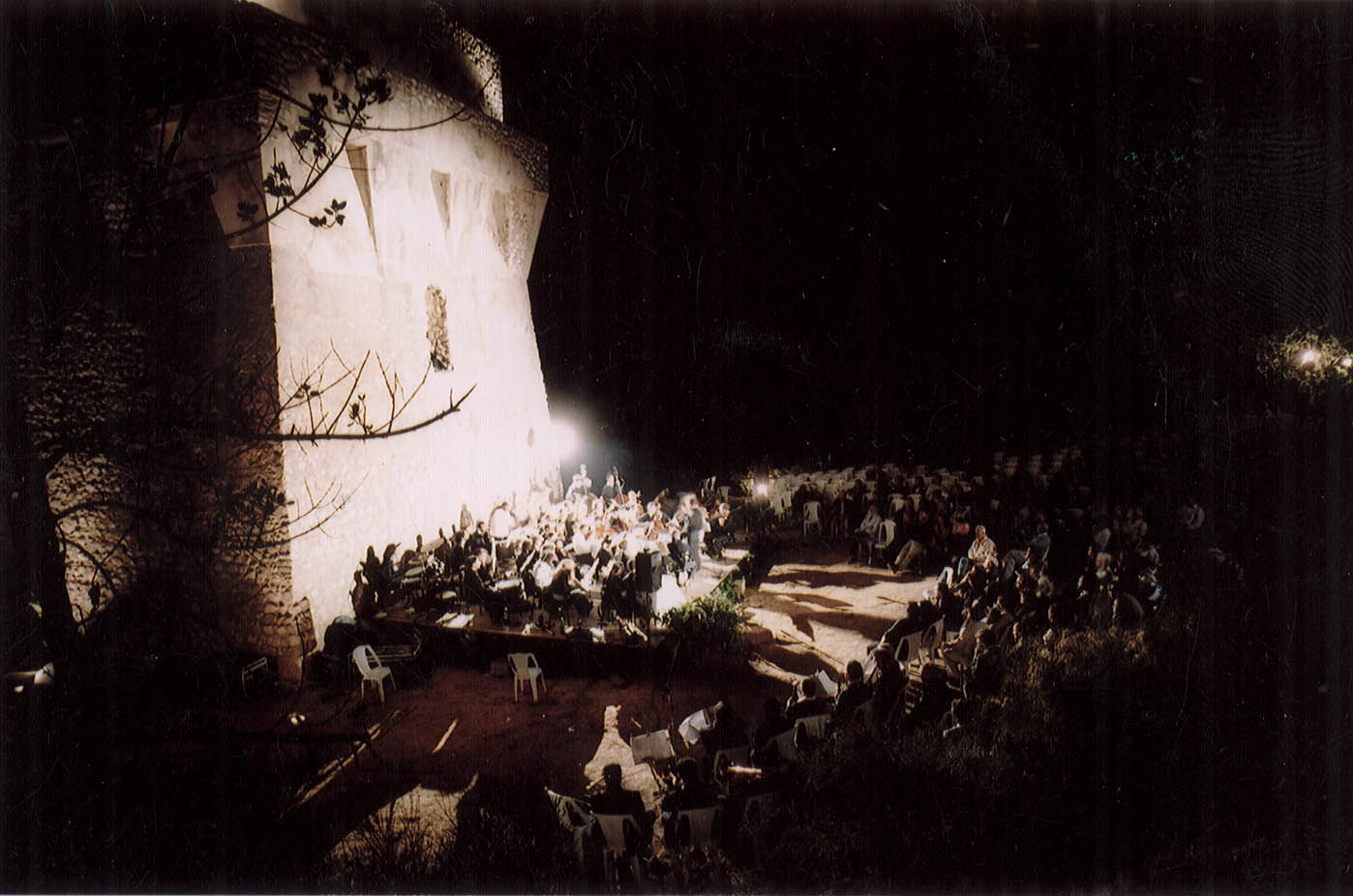 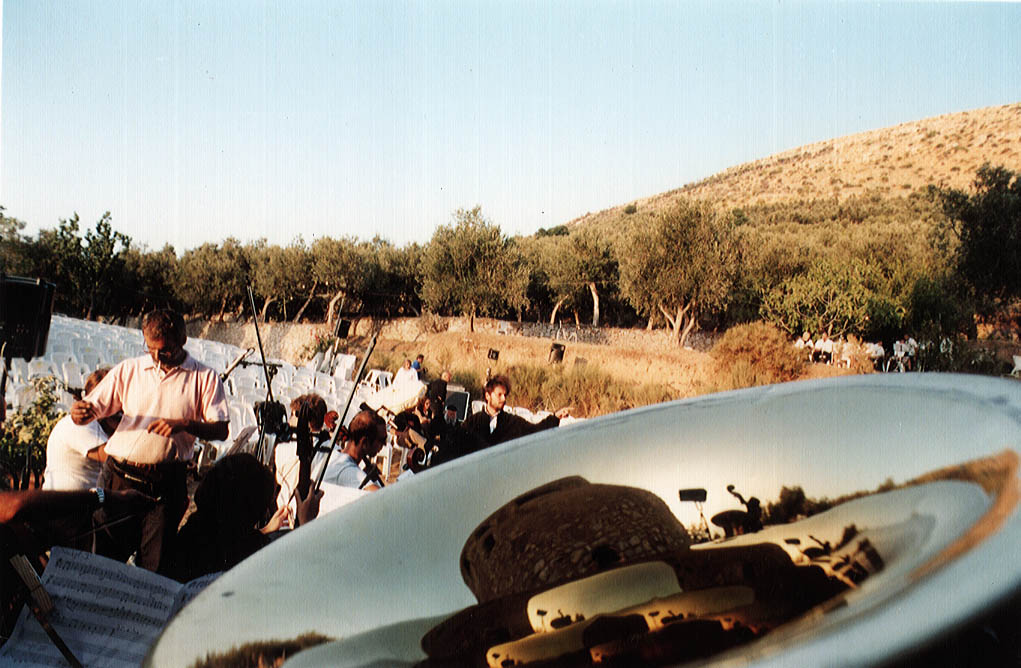