one of my most beautiful actions was organised by giuseppe morra on his newly acquired property vigna san martino. the action lasted from 2 pm to sunset. my students from the frankfurt städel academy worked together with neapolitan students to make the action a great success. over 50 performers were involved, accompanied by a neapolitan folk music group. 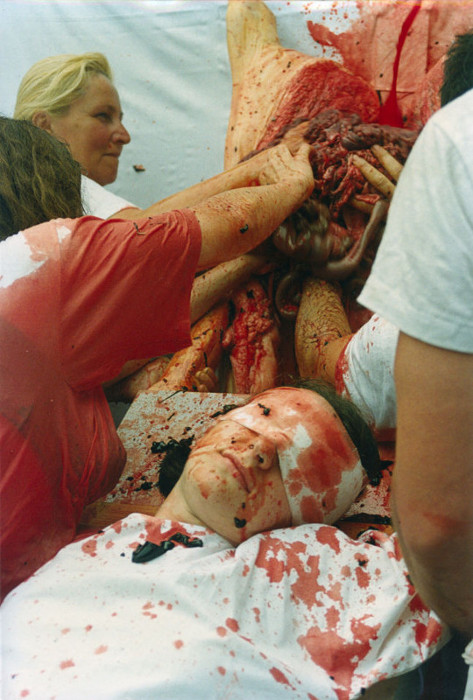 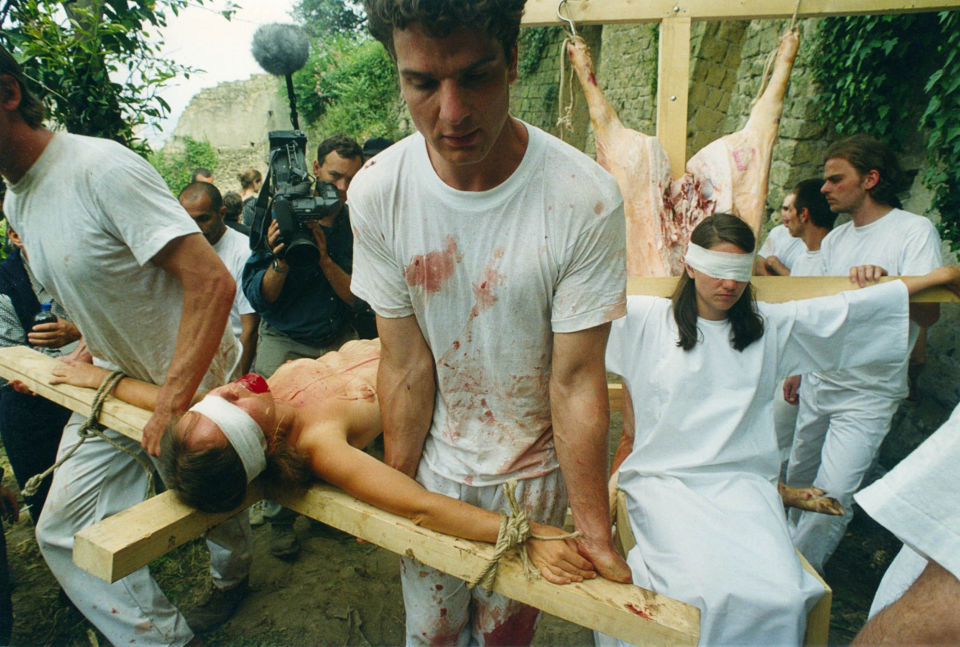 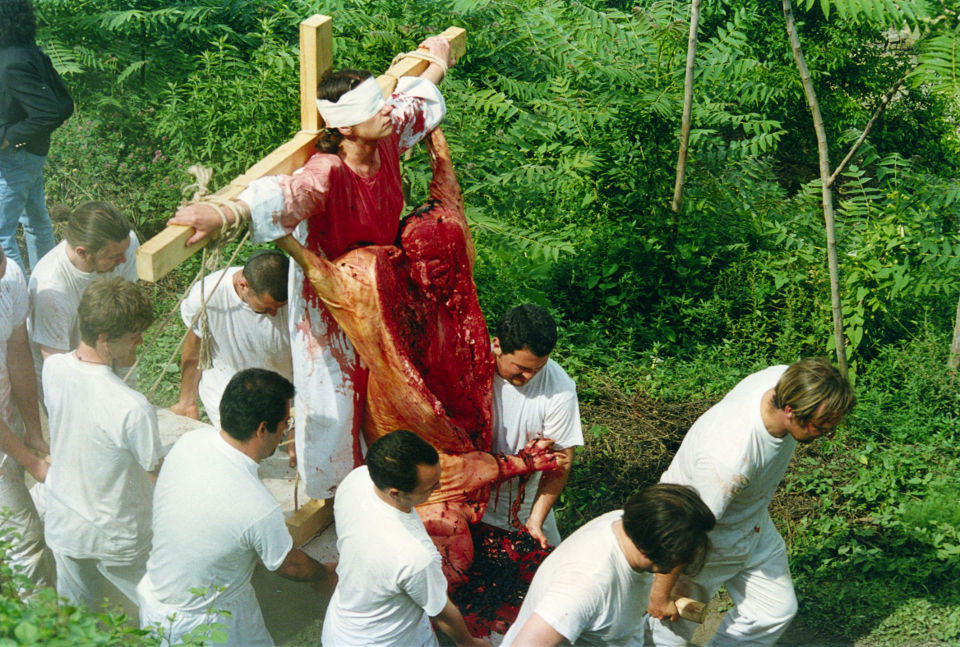 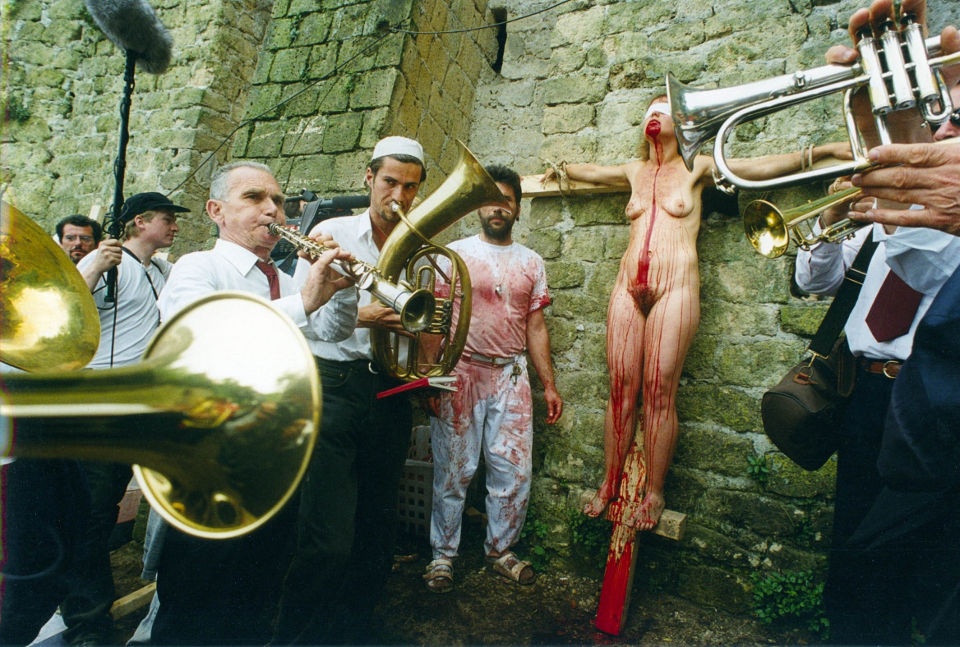 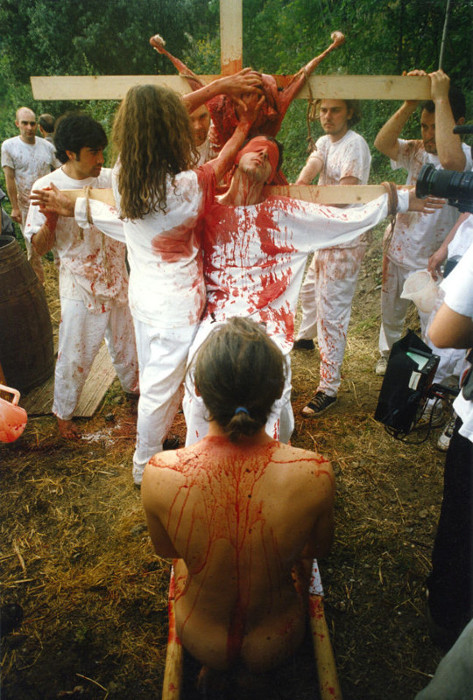 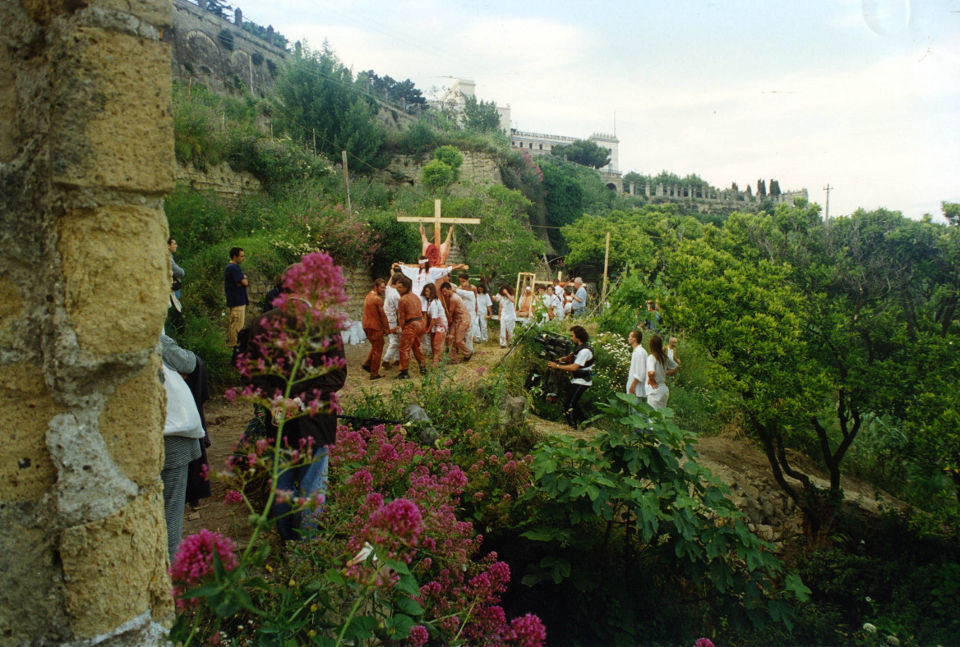 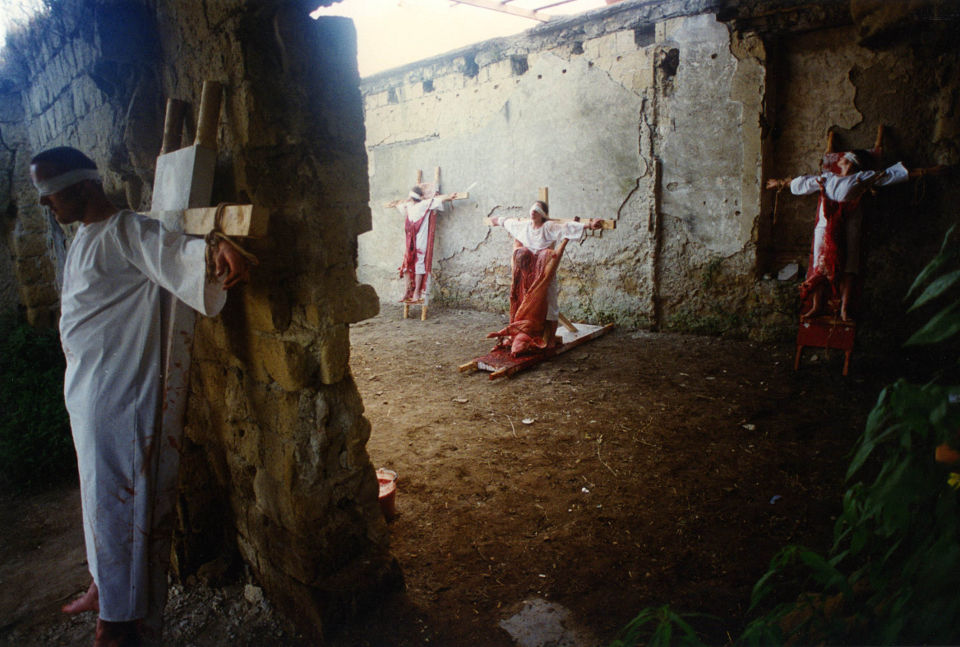 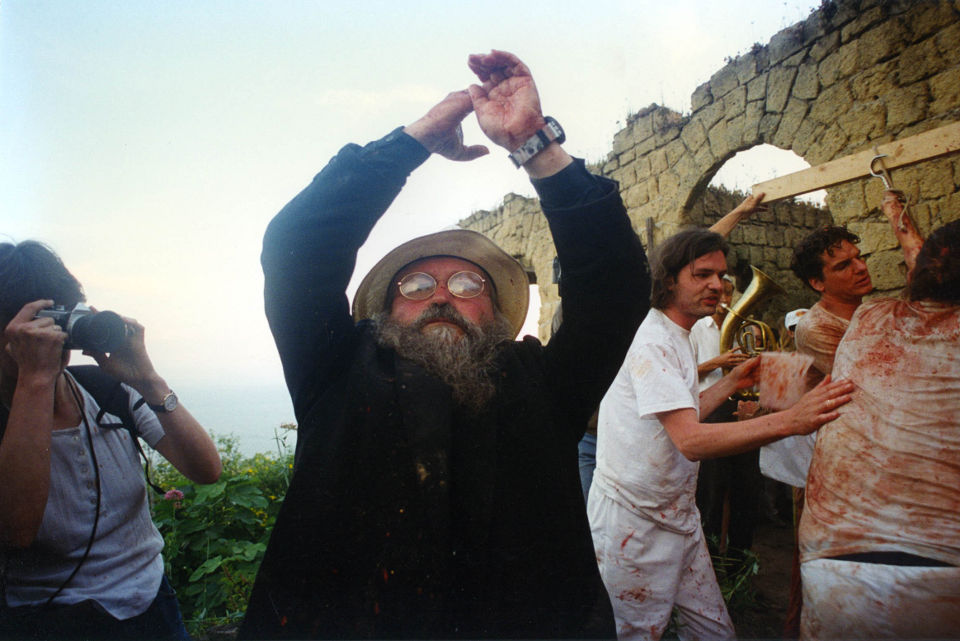 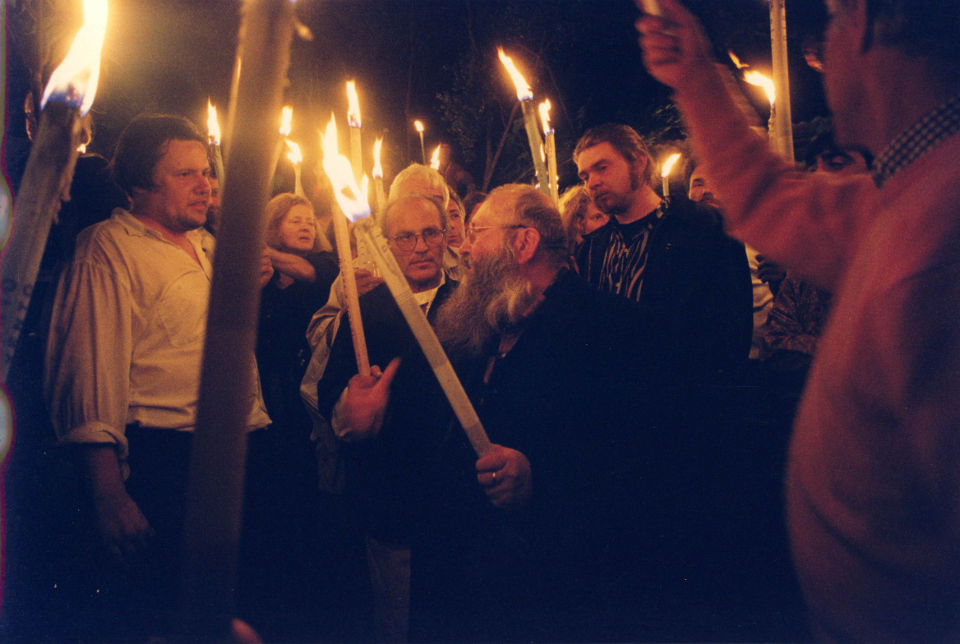 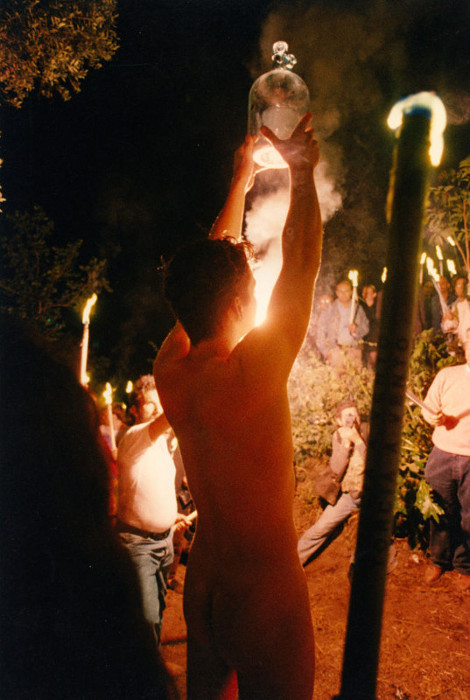